Although it can be exciting to attend the first performance of a new work or to have the opportunity to experience rarely heard repertoire, it can be just as satisfying to indulge oneself with an evening of ‘familiar classics’; especially if the music is performed with the freshness and evident joy displayed at the Cadogan Hall by the English Chamber Orchestra under the baton of Daisuke Muranaka during this performance of early-nineteenth-century favourites.

Of the four overtures that Beethoven wrote for his opera Leonore (later re-named Fidelio) it is the one which we know as Leonore No.3 (and which was actually the ‘second version’, composed for the 1806 revival of the opera) which has gained most favour in the concert hall. It has a tricky opening which evokes a dark image of Florestan incarcerated in his prison cell. After the punch of the opening chord, the strings and woodwind descend in slow, quiet crotchets: things feel unsettled, forward movement is sporadic and disrupted; there are tentative swells, accents and cautious melodic gestures. Conductor Daisuke Muranaka shaped this tense introduction very effectively, intimating the great drama which is to follow in this quasi-‘symphonic poem’ (which is often performed between the dungeon and public square scenes in the middle of Act II of the opera). Later, Florestan’s memories of brighter, more hopeful times led to playing of stirring Beethovenian vigour without undue heaviness.

The English Chamber Orchestra strings produced a focused sound; the opening of the Allegro was warm and light after the ominous scurrying of the introductory Adagio and if the climatic syncopated passage did not quite come off the first time, then at the recapitulation this episode of dramatic rhythmic argument was tightly directed. The solo off-stage trumpet fanfare (which heralds Florestan’s reprieve) was a striking pronouncement and expressively deployed: slightly guarded at the first declaration, brighter and gleaming with hope when re-stated. Although at times I found the woodwind a little ‘distant’ – perhaps it was a matter of the acoustic or where I was seated in the Hall – the agile duet for bassoon and flute, which comments on the trumpet fanfare, was deftly played, conveying relaxed optimism. In the recapitulation and coda, Muranaka drove the music forcefully forward while retaining sprightly buoyancy, and summoned an appropriately heroic spirit.

The ECO were then joined by Italian pianist Gloria Campaner for an animated and at times flamboyant performance of Schumann’s Piano Concerto in A minor. An extrovert and gregarious performer, Campaner certainly set out to entertain and captivate – and to stamp her own personality on the concerto, though never at the expense of the music’s integrity. Her eyes sparkled and at times she seemed to ‘dance’ through the music, an effect enhanced by the gossamer, mint-coloured ‘cape’ which bloused diaphanously about her, a hazy hue echoing her physical arcs and sways.

Campaner seemed to relish being part of the orchestral sound as much as articulating her own response through the solo effusions; she listened intently, smiling and frowning as the music unfolded its arguments, often leaning towards the body of instrumental players, as in the tender exchanges with the strings at the start of the second movement. There was much strong, muscular piano playing – the blocks of towering chords and tumbling cascades which open the Allegro affettuoso were arresting – but also evidence of a gymnastic flexibility, as in the robust and jubilant Allegro vivace finale. Here, Muranaka and Campaner chose a sensible tempo (Schumann’s metronome indication is dotted minim = 72), avoiding breakneck recklessness, and the ECO impressively negotiated the rhythmic minefield of syncopated cross-tempi and accents.

I felt that the balance between orchestra and soloist in first movement was not always well-adjusted, with the keyboard sometimes overshadowing the accompanying lines. But things were more even in the latter two movements and there was much fine playing from individual principals and sections – the oboe’s first movement melody was lovely, while the bassoon, flute and horn all excelled in the Intermezzo. Campaner proved capable of sweet wistfulness too, imbuing the Intermezzo’s graceful theme with a touching halting quality. Throughout, the pianist’s playing was very fluent and deeply expressive; she seemed to ‘live’ every phrase and gesture – transferring the sound from her swaying body to the piano keys, and the music’s drama was ‘played out’ in the movements of her body and rhapsodic facial expressions. Indeed, so responsive was she to every musical inference that the vivacity of her responses was sometimes a little distracting.

Buzzing with energy and exhilaration, Campaner launched vibrantly into her chosen encore, Prokofiev’s Toccata Op.11, the persistent repetitions and virtuosic leaps of which were utterly absorbing. Campaner seemed entranced by the music’s hypnotic figurations and exhortations. In a recent interview for the online journal Culture for Friends, she is reported as remarking: “If I don’t play music, I get sick, I get fever and stomach ache.” After this thrilling performance, one could quite believe it.

Muranaka sustained the natural zest and charm of the Schumann concerto in the atmospheric but elegant presentation of Mendelssohn’s ‘Scottish’ Symphony which followed the interval. The sombre theme of the Andante con moto had presence and character, divided violas, oboe, clarinets, bassoons and horns blending richly. Sforzandos were punchy and added to the tense air of this introductory section, before the Allegro un poco agitato burst into life with the clarinet and strings’ quiet, dancing theme. Throughout the movement a good balance between nervy tempestuousness and refined calm was struck.

The Vivace non troppo charmed with its lightness and boundless vigour. The strings’ staccato semi-quavers were brisk and precise, while the section’s quiet thematic gestures had delicacy and grace. The clarinet’s principal theme – characterised by a wistful pentatonicism and jaunty Scotch snap –was charismatic and captured a folky insouciance. The scherzo’s quiet, retreating close led naturally into the Adagio which itself flowed persuasively; reflective, but never morose. Strong momentum was provided by the dotted-rhythm, funereal, march-like gestures of the woodwind and brass, while the first violins’ ‘song without words’ unfolded serenely. Perhaps Muranaka might have made more of the thematic contrasts within the final Allegro vivacissimo – a more aggressive bite in the first subject and greater docility in the second would have highlighted the inherent drama. But there was again much fine and sensitive playing here and Muranaka built to a majestic close. Overall, the ECO did not overdo the Romantic angst and produced music which perfectly embodied Mendelssohn himself: urbane and elegant.

(Critics about the concert with Orchestra Sinfonica Siciliana/Palermo/Italy/20,21 May,2011, Teatro Politeama Garibaldi)

….Conductor Daisuke Muranaka, watching the performance on a monitor, was told he must immedeately pick up his baton. Instantly in evening dress, he rushed on stage and picked up the performance. In an interview afterwards, he said he had conducted only the overture with the orchestra beforehand, although he had attended all of Langree’s rehearsals and had experience of stepping in at the last moment: his 1996 Itlaian operatic debut took place when he replaced an ill Peter Maag The Magic Flute in Treviso…When Muranaka took over, tempo slackened to traditional speeds (Muranaka said it was not his job to imitate Langree), but the impromptu conductor had a band of great professionals at his fingertips, and held them together with great aplomb. The period gestures Langree had introduced remained in evidence, sometimes in ghost form, not quite at home in Muranaka’s different sound world, but the drama continued and was powerful…. 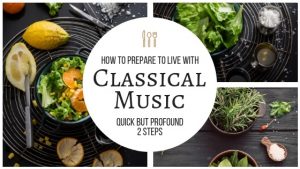